The Schedule is One of Many Weapons in Our Arsenal

There are about five times as many NBA games as NFL games during their respective regular seasons. And as such, there is more money to be found by understanding the results of scheduling patterns as they relate to fantasy basketball scoring efficiency.

Identifying similarities between the results of prior patterns is how we build expectational models of what to anticipate in the future. And where our expectations differ from common perception is where we achieve an edge over the competition by exploiting the flaws in the misconception.

FanDuel offers one day fantasy NBA games every day of the season. Sign up and start playing (use my tested promo code FREAK) at the worlds largest daily style fantasy site right now. Free contests every day and real money games start at $0.05

Living on the Edge 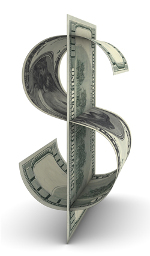 It’s your money. Do not draft according only to average FPPs! Big mistake!

Gaining an edge over the opponent is always the goal. And we sustain and grow our bankroll by gaining as much edge as possible and do so by using all the weapons we have at our disposal.

Drafting according only to average FPPs (as many fish do) is tantamount to giving away money because the average FPPs are an average of fantasy player points scored in all games.

What we want are the average FPPs accumulated ONLY in games that match other games which have already been played by the prospective player!

Even then, you still want only those players that can be transposed over the current portion of the schedule to fall on the upcoming game.

For example: if Russell Westbrook averages 44 FPPs, this is his average over the course of the season so far. But if his upcoming game is the first of a home stand after two days off, then we need to know what his average fantasy player points are for games so far this season at home after two days off. If his FPPs spike to 51 in games matching the aforementioned criteria then we would absolutely want to draft him to exploit the edge created by the discrepancy in his salary.

Locating Discrepancies in Salaries Due to Scheduling

By looking up individual players’ game logs we can find out how a player fares in games matching the situation of the upcoming game, thus developing an expectation far more accurate than average overall FPPs for the entire season. Sometimes this proves there is an advantage, yet sometimes it proves the opposite.

To go back to the previous example, let’s say the Houston Rockets upcoming game will be their third road game in as many nights. If Westbrook’s average FPPs dip to 32 in games this season matching this situation, then he should be avoided.

In either of the two above examples, Westbrook’s salary is unlikely to accurately reflect the liklihood of a change in production due to the schedule. In the first example we find +EV (positive expected value). In the second we find -EV.

Turning a Negative Into a Positive

Expected value is a term bettors use to describe and map the expectation of a given outcome over the course of multiple trials of an event with identical outside circumstances. Just because Westbrook’s salary portends a -EV result, that doesn’t mean there is no edge to be enjoyed by discovering this information.

If Mike D’Antoni tends to rest Westbrook more in games with scheduler similarities to the upcoming one, then conversely, someone else – James Harden perhaps – is likely to see an increase in minutes and thus, increased productivity.

If Russell’s minutes don’t see a decline in these games but the reason for his suffering FPPs is that his field goal percentage goes into the toilet and his turnovers go up, then players on his opponent’s team (a strong rebounder, for instance) should be considered because someone has to clean up all of Westbrook’s missed shots and somebody is likely to be scoring off of his turnovers.