Article first published back in September of 2016. Updated and re-publshing today for game theory, even if the names of players are different.

A few of the differences in score keeping between the two sites have been touched upon here before. This article will review those for thoroughness, but more importantly, will stress those not yet mentioned.

FD allows your defense to accumulate points by returning punts and kicks for touchdowns, just like DraftKings. But unlike DK, FanDuel doesn’t count them as points allowed against your defense if you give up return TDs. This subtle disparity makes it more important to pay attention to the special teams prowess of your prospective opponent on DK.

This is best exemplified when a team’s defense (say, Carolina) has a favorable match up against a team’s offense (say, Arizona – with no QB). A cursory glance at team defense against the pass shows the Cards at the bottom of the league so Carolina seems like the obvious choice between the two defenses.

But the order of that ranking is dictated solely by yards allowed per game. When digging a little deeper we find that Arizona’s defense is 11th in opponent passer rating, only five teams have given up fewer touchdowns through the air, only six teams have more interceptions, and Arizona’s use of combo-coverage, which Cam Newton has shown little ability to identify, is likely to force Cam out of the pocket before going through his progressions. And while he is extremely dangerous when on the move, the Cardinals play at least 25% of their games every year against dual threat quarterbacks so this should not be as challenging to them as it is to other teams.

Both FanDuel and DraftKings are the largest DFS sites in the world. They are legal and legit. You can join and play within minutes as contests start 365 days a year.

These factors (among others like the Panthers’ porous o-line and lack of solid information on their rushing attack because of this year’s RB carousel) could tip the scales enough toward Arizona’s defense to make it a virtual coin flip. The slight variation in score keeping can be enough to move the needle one way or the other.

If playing on FanDuel it may be better to go with Carolina, because if Elijah Esiais Holyfield returns one to the house it won’t count as points allowed.

But if playing on DrafKings it may be better to go with Arizona because of Carolina’s lack of having that dynamic of a return man.

In the aforementioned example, neither team has a decided advantage for potentially blocking a punt (neither team has blocked one this year and they’ve each had two blocked). But it is worth noting that FD gives two points for blocking a kick but does not give six points if your team returns it to the crib; DK scores this as a touchdown for your D/ST.

No soup for you! 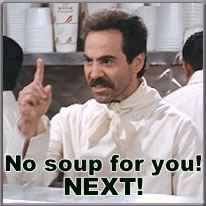 There are no bonus thresholds for target yardage marks on FanDuel as there are on DK. DraftKings offers three-point bonuses for each of the following: 100 yards receiving, 100 yards rushing, and 300 yards passing.

These bonus points simply do not exist on FD. DraftKings essentially ‘expects’ certain players to achieve these marks and this is illustrated by their salary structure.

‘Tis Better to Give Than to Receive

On FanDuel, the backs who are given the ball via hand off but rarely catch passes (such as Mark Ingram) are less likely to be overtaken in FPPs by the third down back (e.g. Pierre Thomas) because FD features half PPR (half point per reception).

The converse is true on DK, where Spencer Ware is always the best option in the Colts’ backfield [when healthy] since he catches so many passes and DraftKings offers a full PPR scoring system. A good way to think about this principle when perpending draft strategy is to consider that every catch on DK is already worth ten yards before the receiver crosses the line of scrimmage; on FD, a reception for no gain is commensurate with a five yard pickup.

Kickers Don’t Make the Hall – But They Do Make FanDuel

Another key difference between these two titans of DFS, is that FD’s kicker roster spot is filled with a flex on DK. One of the best predictive indicators for a kicker who will have a propitious upcoming matchup is red zone defense. If the opposing team plays a bend-but-don’t-break brand of defense, it is likely they will steadily give up chunks of yardage until the opponent is in plus territory and then abruptly force forth downs – resulting in numerous field goal attempts.

As far as DK’s flex, this position is a RB, TE, or WR. There are numerous strategies which can be employed for the flex. The most conservative is a RB2 (like Carlos Hyde this year). The highest risk/reward is a WR3 (like Hakeem Nicks or Wes Welker). Somewhere down main street [and the one involving the least amount of calculating] is using the spot for a TE. The biggest supporting factors of the TE flex play are that DK is full PPR and tight ends are cheaper by relative value than wide receivers comparatively.

Butterfingers are Delicious – But Costly 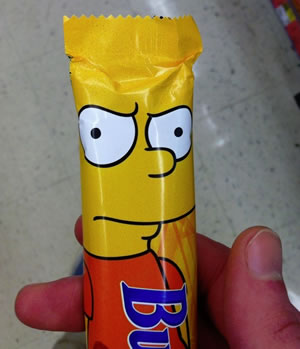 The final factor that is scored differently between FanDuel and DraftKings, is fumbling. For those days when your player treats the football like it’s drenched in baby oil and wrapped in rattlesnakes, FanDuel will penalize you twice as severely as will DK. A player who loses a fumble has a point deducted from his ledger on DraftKings; FD subtracts two points.