The Best Way to Beat the House is to Own the Mansion: Hugh Refner 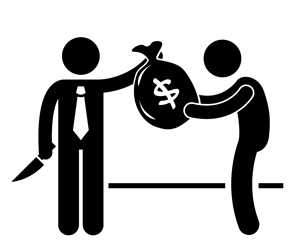 How games are officiated plays an important role as to how fantasy points are or are not accumulated. Ever had your guy score a touchdown and have it called back on a penalty? Me, too…it’s infuriating. And for anyone who plays enough, this circumstance cannot be avoided entirely. The good news is that there is something that can be done to prepare for and sidestep at least some of these unfortunate scenarios by being armed with the knowledge of prior data.

During the playoffs, officiating crews are an amalgamation of those individual refs and judges believed to be the best – not unlike an all-star team. The problem is that those in a given crew are not as familiar with one another as those who work together during the regular season.

The difficulty that arises in the postseason pertaining to handicapping an officiating crew is due to there being less cohesion between the members and little continuity from which to derive an expectation. Research of the officials individually is the way to circumnavigate this uncertainty and develop a predictive model.

Running QBs are Hard to Prepare for, Refs Don’t Need to be: Byron Reftwich

A cursory thought about penalties may figure that more calls on DBs would favor the wide receivers; while this is sometimes the case, a more thorough look will be revealing. Play callers do their homework on the refs, so should we.

A ball control, run-heavy team – like Seattle for instance – is more likely to see its running backs benefit from pass interference calls than its wideouts. The PI (which earns our receiver no points) gives the team an automatic first down, they are then more likely to run than pass because a run-first team wants to run on first.

A pass-happy team will see the advantage of pass interference enjoyed by the QB and the pass catchers (except for the fact which should be noted that the team then has less field in front of them due to the spot foul, leaving less opportunity for yardage and receptions on the current drive – and because there are a finite number of these opportunities, each one is valuable).

Some officials who are not shy about throwing the PI flag down the field become more reserved when it comes to contact in the end zone. Pass interference in the end zone favors the power back, because most teams want to hand it off on 1st & goal from the one.

Owning the Refs is like Owning the Cops: John Gotti, the Reflon Don 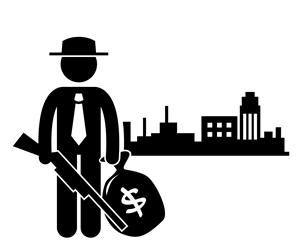 The third down RB is often the beneficiary of offensive holding penalties. This is because there typically are no plays in the playbook for 3rd & 15+, especially without good pass pro. And if the holding was due to the ineptitude of the protection, then it should figure to be worse with an unmanageable down and distance. All of this adds up to a draw play or screen pass a sizeable percentage of the time.

The tight end is the big loser when a lot of holding flags are being thrown on the O-line. He has the duty of staying in to help protect when the big men aren’t getting it done. And he won’t be scoring us any points there. (this would also be true of the pass pro RB, but his blocking duty is offset by his 3rd & long touches)

Defensive holding is a double decker fantasy dream burger (as is illegal contact). The first layer is the juicy and delicious automatic first down regardless of the previous line to gain. The second is that it only takes a five yard bite, saving as much field space as possible with which to continue to rack up points. And the special sauce, lettuce, cheese, pickles, and onions are the demoralization of the defense – all on a sesame seed bun.

The real offensive killer is an illegal formation. This is because it’s the counterpart to a neutral zone infraction or defensive offside without contact (and when not blown dead for being unimpeded to the quarterback). In the sense that those defensive fouls consitute a free play for the O, lining up illegally results in what is essentially a free play for the D – unlike a false start which gets blown dead immediately. Fortunately, more of these formation infractions go unnoticed by refs than get called by them.

It’s as Easy as Pasta in a Can: Ref Boyardee 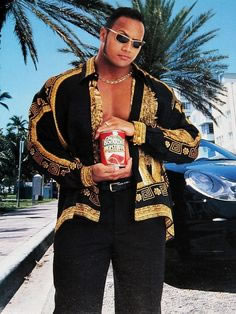 Many of the other penalty calls take less judgment into account than the ones we’re most concerned with: pass interference, illegal contact, and holding. The more cut-and-dried penalties, like face masks and illegal substitutions, don’t really have an element of personal interpretation involved in throwing the flag – and therefore there is less reason to attempt to glean any insight about officials from these types of calls.

All the information we need to project the tone of the officiating for an upcoming game can be found through a background check of game logs on the refs. Identifying those with a propensity to flag specific circumstances more or less so than his colleagues in situations that can involve an interpretational bias, gives us the intel we need to bring more weaponry to the war in the form of an inside man – thus increasing our advantage over our opponents.