The final Major the season starts on Thursday – the PGA Championship. Many regard this as the toughest of the four Majors to win – almost twice as many players as the Masters and the tournament normally invites all of the top 100 players in the world, which is not the case at the Open Championship and the US Open. This year the tournament returns to Valhalla, which last hosted the tournament in 2000. This is the final event before the nine automatic picks for the US Ryder Cup team are set, so we could see more drama than usual on Major Sunday.

Being a Major, all of the top players in the world will be here with one notable omission. Dustin Johnson announced last Thursday that he would be taking time out from golf “to seek professional help for personal challenges I have faced.” Johnson, who was virtually assured a Ryder Cup spot will be a big miss for the US Ryder Cup and on the tour – wish him luck overcoming these challenges. 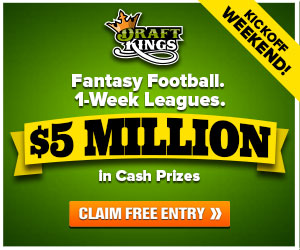 Valhalla was designed by Jack Nicklaus and is located in Louisville, Kentucky. The course is 7540 yards long and has a par of 72 – two nines of 36, each featuring two par 3’s and two par 5’s. The course underwent a major “modernization” following the Senior PGA Championship in 2011, which included the rebuilding of all 18 greens.

The last time the PGA Championship took place here was in 2000, Tiger Woods won in a 3-hole playoff against Bob May, four years earlier Mark Brooks beat Kenny Perry in a playoff. The 2008 Ryder Cup was played at Valhalla, the site of a 16.5-11.5 win for the US, the last time the US held the trophy. Tom Watson won the Senior PGA Championship here in 2011. Jason Dufner is the defending champion and Tiger Woods heads to Valhalla looking for his fifth win in the event to go level with Jack Nicklaus at the top of the all-time PGA winners list.

What the Stats Tell Us

The course has undergone changes in recent years and has not held a (non-senior) tour event since 2000, so reading anything into course stats is a tough job here. This week we’ll be looking at a combination of form and Major ability to make the picks.

Jim Furyk – Jim Furyk is a player who was at his prime around a decade ago and in recent years he had slowly slipped down the World Rankings into the 30’s. However this year has seen a resurgence and Furyk is up to 8th in the World. The last four Majors have seen finishes of 4th, 12th, 14th and 2nd – incredible consistency for the 44 year old former US Open champion.

Rickie Fowler – When it comes to Major Championships, Fowler is the undoubted player of the year. Tied 2nd at both the Open Championship and the US Open and tied 5th at the Masters see a player who can rise to the big occasion. This 25 year old will surely go on to have a great career and nobody would be amazed if he were to complete the set of top five finishes – top one not unrealistic at all.

Graeme McDowell – This likeable Irishman is a player in form. 9th at the Open and recent winner in France, McDowell knows how to win a Major. Right now McDowell is in a fight for a European Ryder Cup spot, a good performance in the PGA a major stepping stone towards that aim.

Jordan Spieth – At 21 Jordan Spieth has a massive amount of potential, his rise to the top 10 in the world incredibly impressive. He has only played in seven Major Championships, this year 2nd, 17th and 36th show he is a player who can handle himself under the most intense pressure – also showed this with a 2nd in the Tour Championship at the end of last year.

Shane Lowry – Sleeper – Lowry is a player who you would never consider a consistent player. He has more than his fair share on missed cuts, but in between these he’ll suddenly be bang in contention on Sunday. This Irishman finished 9th at the Open Championship and 2nd at the BMW PGA Championship (the flagship event of the European Tour) – may miss the cut, may win the tournament.

Edoardo Molinari – Sleeper – This popular Italian is a player who has had more than his fair share of injuries over the year, and currently is not even the best player in his family. He has a career high world ranking of 15, but slipped as low as 305th last year. Molinari played his first Major for two years at the Open Championship and finished a creditable 7th and has risen back into the top 100.

Colin Montgomerie – Sleeper – A strange pick this one however for a low salary pick I don’t see this as a gamble. Montgomerie has found a new lease of life since the move to the senior tour and if you’re looking for a good major record how about two senior major wins and a second place just two weeks ago. The leap between a senior Major and a regular Major is a large one, but if Monty can play as he has been playing, you’ll get great value from a cheap pick here.

Chris Kirk – Sleeper – Kirk is a player who is improving all of the time and is full of confidence right now. Up until last year’s PGA Championship he had only played three Majors, but has made the cut in the last four, with top 30 finishes in all three of this year’s events. Kirk is at a career high 43rd in the World Rankings.