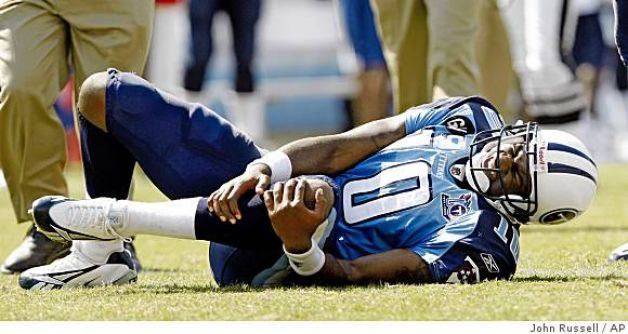 Make specific Judgments when it comes to Injuries

Many fantasy players will take a general look at a game, maybe seeing a defensive player is injured, jumping to an overall conclusion that this might be beneficial to the opposing offense – however we can make specific judgments based on injuries to each type of player. This will help in selecting your line-up and possibly give you that small edge that we all need. Here is a position by position look at the impact of injuries.

Quarterback – Obviously the QB is the major player on the team, but what will be the impact of this player being injured? You can make the general assumption that the back-up won’t be as good (otherwise he’d be a starter), so immediately the performance of the receivers will go down. Conversely, the coach may tend towards using the running game more, so the value of the running backs may improve in this situation. Obviously, the opposing defensive value goes up.

Receivers – A good receiver being injured will have a very similar impact to an injury to the QB (maybe not quite as severe). The overall value of the quarterback goes down, the other receiver’s value may well go up (as they’ll be seeing more of the ball – especially the teams “second best” receiver, who now has the headline role). Once again, the running backs might gain some added runs in this scenario.

Running Backs – If a good running back is out, the coach may well take to the air more than he normally would. The quarterback and wide receiver combination could pay dividends here.

Tight End – Many tight ends double up as both offensive linemen and receivers, depending upon the coach/situation. This player being out can have an overall impact on the offense, both in terms of making room for the running backs and protecting the QB from the blitz as well as receiving themselves. So overall, this player being injured can have an impact on all facets of the offense.

Offensive Linemen – When a key offensive lineman is out, this will have an effect on all of the offense. Running plays will be tougher as the defense will be able to get to the running back quicker and passing plays will be tougher as there’ll be more chance of a sack. A team with a solid settled offensive line will inspire much more confidence in picking a QB, a running back or a wide receiver. One key injury and these will be players to avoid for the week.

One particular position is especially important, and that is the left tackle for a right handed quarterback (obviously the opposite applies for a left handed QB). This player protects the QB from being hit from behind (the blind side) so if he is out, the QB is more vulnerable that week.

Defensive Linemen – These players have the primary job of rushing the passer and stopping mainly inside runs. If one of these key players is out, this is most definitely a good thing for the opposing QB as he’ll have more time (as well as the opposing receivers). It will also be good for the running back, especially the inside runner. The team’s best defensive end will normally be the player aiming for the blindside sack (as described in the previous section), so this player being out is a big plus for the opposing QB and WR’s.

Line Backers – Line Backers have something of a varied role, on occasions rushing the passer on a blitz, on many occasions stopping the running back and occasionally on pass defense, especially to a tight end or a pass play to a running back. When a key linebacker is out, this is most definitely beneficial to the opposing running back, but can give additional benefit to the QB, making the shorter pass somewhat easier (not so much benefit to the wide receivers here).

An individual injury to an offense or a defense may not seem overly important, but to an opposing coach it is an opportunity that he will try to exploit, so in Fantasy Daily Sports, the value of these situations goes up. Take advantage of these times and you’ll be better equipped than ever before.