With the NFL season right around the corner, it’s time to get ready to play daily fantasy football. That means coming up with – and solidifying – your process for drafting winning teams. 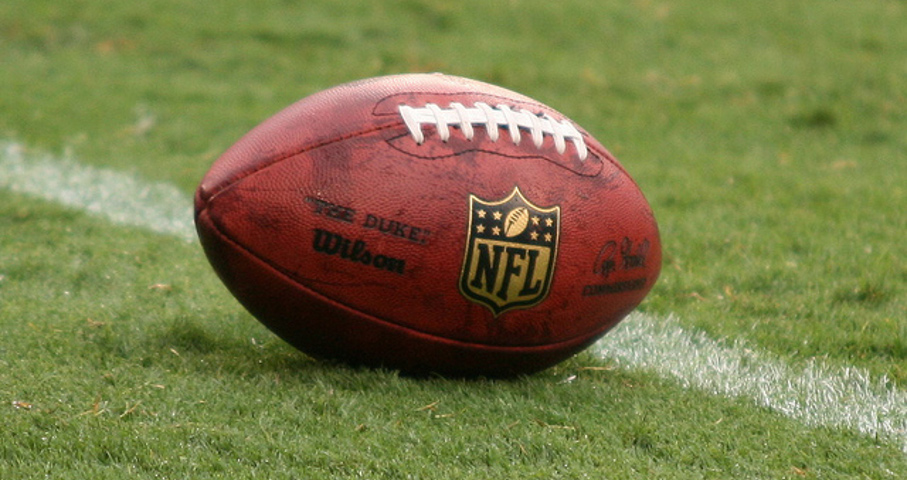 I don’t do a good Hank, but here you go…
“Are you ready for some footbaaaaal”

Fantasy football isn’t roulette. There’s skill involved, and a lot of it. Finding players who produce in a way that outstrips their salaries is the idea. Assuming you want to earn real cash on a consistent basis, you need to have a reliable system under your belt.

That means doing a little research before each draft. You also need to know that there are DraftKings vs FanDuel Football Strategy differences and your drafting style should take that into consideration.

Below, we’ll make sure that you’re prepared for the upcoming NFL season. You’ll learn about the steps you need to take in order to draft a high-production team. The good news is that by the time the first game kicks off, you’ll have a considerable edge over most of your competition. Let’s start by revisiting the concept of value as it pertains to your daily fantasy NFL draft.

If you’ve been to DraftKings or FanDuel – those are the top fantasy sites I recommend – you already know that most of the contests follow a salary cap draft. You have to build your roster without going over-budget. The challenge is to create the highest-producing football team possible.

It’s easy enough to find guys who can be counted upon to produce.

For example, you know that Aaron Rodgers is going to log a fair number of points if you pick him for your QB. Likewise, it’s a pretty safe bet that receivers Robby Anderson and Quincy Enunwa will pick up a bunch of points.

Your primary goal is to squeeze as many points from your roster as possible. That means you need a way to identify undervalued players, or those players who have a lower salary than their expected points.

If you can get 20 points from two players on the same position then you obviously want to get the lowest cost player. This gives you flexibility to purchase higher priced players with your other picks.

One strategy is to calculate ratios based on players’ salaries and the average number of fantasy points they’ve scored per game. But that won’t give you all of the information you need. You should also look at players’ recent games to figure out how they scored their points.

For example, suppose you have your eye on a particular receiver. Did he log most of his recent points by catching a bunch of short passes, a sign of consistent production, or by catching one or two long and lucky TDs? Which is he most likely to repeat?

Learn To Isolate Variables In Player and Team Production

A big part of doing research is knowing which variables affect which outcomes. Here’s an example…

Let’s say you’re thinking about drafting Ty Montgomery, a running back for the New York Jets. He’s a good player and posts solid stats. But how much of his production is based on his skills and how much of it is based on his linemen? You can probably drop just about any competent RB behind a flawless offensive line and expect him to post reasonably good numbers. On the other hand, a great RB dropped behind a weak offensive line is going to get tackled more easily.

Your job is to figure out how each variable contributes to players’ past scores.

This point is related to the one made in the previous section. Consider a running back who moves the rock 40 yards before getting dropped by the opposing players. He’ll earn 4 points for his effort at FanDuel (0.1 points per yard). If another RB moves the ball from the 1-yard line and scores a touchdown, he’ll earn 6 points for the TD alone.

Which player’s performance was better? The latter RB obviously benefited from the fact that the ball was so close to the goal. That’s not a circumstance you can count on.

That’s why it’s important to understand how different factors contribute to a player’s past production. Otherwise, you could end up paying high salaries for a performance that is unlikely to be repeated.

Did you know that you can join and play in fantasy football during any point in the season? Just create your account at FanDuel (get a 100% deposit bonus on your 1st deposit, too!) and join a league. Entry fee’s start as low as $1.00 and prize pools go into the thousands and hundreds of thousands.

A key piece of research you should do whenever you compete in daily fantasy football is to find out how offensive players are likely to fare against an opposing team’s defensive line.

For example, let’s say you’re thinking about drafting a QB who is scheduled to play against Buffalo. Buffalo’s defense makes a lot of sacks and interceptions. It also blocks a lot of passes. That’s a tricky combo for QBs to navigate. If you draft a QB in that position, the deck will be stacked against you from the get-go.

Here is a solid guide to picking defense and kickers on FanDuel.

Suppose you’re drafting wide receivers, and your research uncovers a couple of teams that have surprisingly weak defensive lines. They allow a lot of receptions, receiving yards, and receiving TDs. It’s a solid bet to draft receivers who are scheduled to play those teams. There’s a good chance they’ll produce.

Bottom line: evaluate each position on your roster in terms of how the players filling those positions are expected to perform against the opposing teams’ defensive lines.

Double-Check Your Picks With NFL Projections

A lot of sports analysts come up with daily fantasy football projections each week. Projections are essentially predictions about how each NFL player will perform that particular week. Analysts base their predictions on an assortment of factors, including season stats, points scored in recent games, and how players contribute to their respective teams’ scores.

Once you’ve done your research and drafted your players, it’s a good idea to double-check your selections against the week’s projections. Keep in mind that analysts are fallible and their projections vary. But when several of them predict the same outcome, it’s worth paying attention.

Oddsmakers in Vegas regularly publish lines and totals that offer useful insight into that week’s games. If you know how to use the data, you’ll enjoy a valuable edge over a lot of your competition.

Why? Because surprisingly few DFS players check Vegas lines when putting together their rosters.

Keep in mind that Vegas odds makers are mainly interested in how a given team will perform. They don’t care about the performances of individual players. Having said that, you can still find useful nuggets of information that will help you during the draft.

For example, if a particular game is expected to deliver a high cumulative score, you’d want to draft players on one or both of the two teams. Conversely, if odds makers predict a low scoring game, you’d want to avoid drafting those players.

Verify That Your Players Are Actually Playing

Here’s a quick tip that is often neglected by daily fantasy football fans:

Make sure the players you draft are going to play as scheduled.

Let’s say you enter an fantasy football contest at FanDuel and draft your team a few days before the games are scheduled to occur. You assume that the players you drafted will indeed play in that week’s games. But suppose your star QB gets into a car accident the night before his game. Or suppose your wide receiver is charged with a felony and winds up in jail. If you go into that week’s games without checking the status of your roster, you might be down a couple of high-producing players.

Here’s how to avoid this problem…

Find a site that provides daily updates on NFL players. ESPN, CBSSports, and even NFL.com are solid choices. Check for changes in the status of each player in your lineup a few hours before the first kickoff. If one of your players develops a nasty stomach bug, crashes his motorcycle, or is indicted on murder charges, you can quickly replace him.

Knowing When To End Your Research: When Good Is Good Enough

At some point, you’ll need to set aside your spreadsheets, analysts’ projections, and other data, and pick your players. There’s no end to the amount of research you can do. Sports analysis is all about data, and there’s no bottom to that particular well.

You need to know when to stop.

If you want to make a consistent profit playing daily fantasy football, the guide I’ve outlined above will point you in the right direction. The takeaway is that your success will come down to research. You’ll need to invest a bit of time and effort into finding undervalued players.

The good news is that most of your competition at places like FanDuel and DraftKings won’t go to the trouble. And that of course gives you a significant edge.