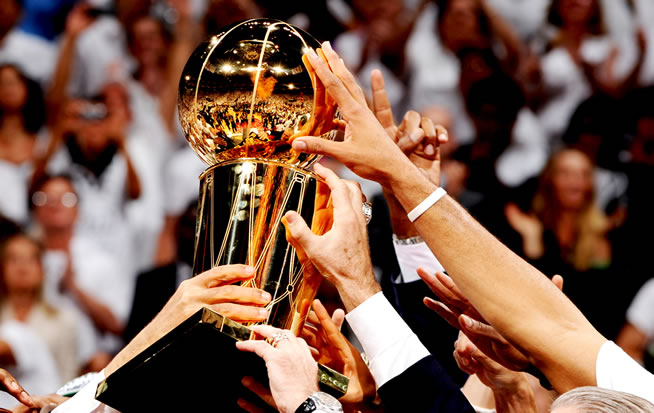 The NBA playoffs are right around the corner which means nothing but good things for the daily fantasy basketball world. The best players and teams will be facing off against each other in order to determine who deserves to be crowned NBA champion.

With a reduced number of players to choose from and the games becoming increasingly competitive, a lot of people shy away from playing daily fantasy basketball during the NBA playoffs. The following few points will illustrate exactly why avoiding the playoffs is something you should reconsider.

Matchups Can Be Predictable

A lot of the games and series in the NBA playoffs, especially in the first round, can be easy to predict. When 1 seeds face off against significantly weaker 8 seeds, it is usually no secret who will come out on top. For example, in 2013, 1 seeds went 8-2 against their 8 seed opponents, winning in far shorter time than any other first round match up.

By taking note of a team that is expected to dominate or be dominated, you will be able to pick players with more precision and more effectiveness. For example, when an 8 seed is getting destroyed, it is usually their star players who accrue most of the points. On the other side of the coin, however, a team that is doing the destroying will see their star players accrue points, but will also likely give their role players the opportunity to score as well. This presents an opportunity where an inexpensive player is capable of providing you with more fantasy points than you might have originally guessed.

Adding to the end of the last section, the playoffs tend to be a great time of year for role players. Because stronger teams in the playoffs strive to play lockdown defense on the league’s Lebron, Kobe, and Durant type players, other players often rise to the occasion.

Chris Andersen in the 2013 playoffs is a perfect example of an otherwise overlooked player accruing stats beyond anyone’s expectations. En route to winning the NBA title, Andersen helped the Miami Heat by shooting over 80% from the field and scoring over 120 points; more points than in any of his other playoff endeavors.

He isn’t the only role player who shown for the Heat last year, but he was by far the most dominant.

The Promotions Are Unbeatable

The great thing about these promotions is the fact that many of them can be bought into via satellites for an extremely low price.

Finally, the excitement of the playoffs often sees new fantasy players join sites in an attempt to cash in on their NBA knowledge. Fortunately for you, however, you will have experience on your side and be able to take advantage of the countless new players who will stream to daily fantasy sports sites because of the playoffs, the promotions, or both.