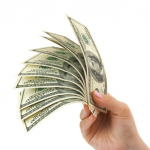 Sites With The Best Promotions There have been a number of daily fantasy sports sites popping up seemingly out of nowhere over the last few years. As each new site is added to the market it becomes increasingly difficult for a new player to decide where to deposit money. More often than not, the deciding […]

Major League Baseball in the United States has a season that dwarfs those of most other professional sports. The 2014 season officially kicks off on the last few days of March and lasts until the last few days of September. There will be seemingly endless opportunities to play daily fantasy baseball throughout the summer, but […]

As far as sporting events are concerned, there are few more widely followed than the annual NCAA tournament. In addition to the tournament itself, the many conference tournaments that precede it are a spectacle in their own right. March isn’t only for college basketball either, as the heating up NBA playoff race also draws a […]

Ok, I’m hooked! Daily fantasy golf is a lot of fun! Of course it helps when you have a sweat going into a strong finish like I did this past weekend at The Honda Classic. Here’s the team I put together And here are the contests that I entered said team into. And it was […]

Pick ‘Em fantasy tournaments work differently than the traditional salary cap style games you may be familiar with if you have only played on FanDuel or DraftKings. Draft Street explains it: Choose 8 players from 8 tiers. Win $10,000. Pretty compelling. The direct entry is $22 although there are $2 and $5 qualifiers running. Here […]

Updated For the 2015 Masters – $1 Million Guaranteed 1st Place Be sure and Draft your team by April 8th as rosters lock early on April 9th! The following article was first published for last years Masters promotion. With the masters a little more than one month away, Draft Kings has just rolled out the […]